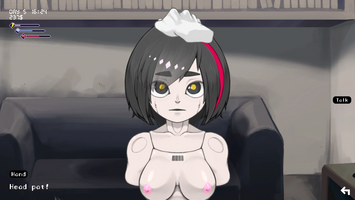 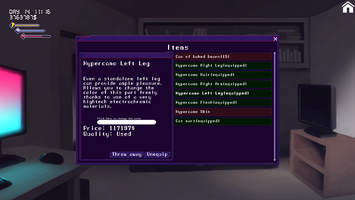 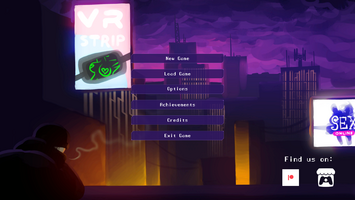 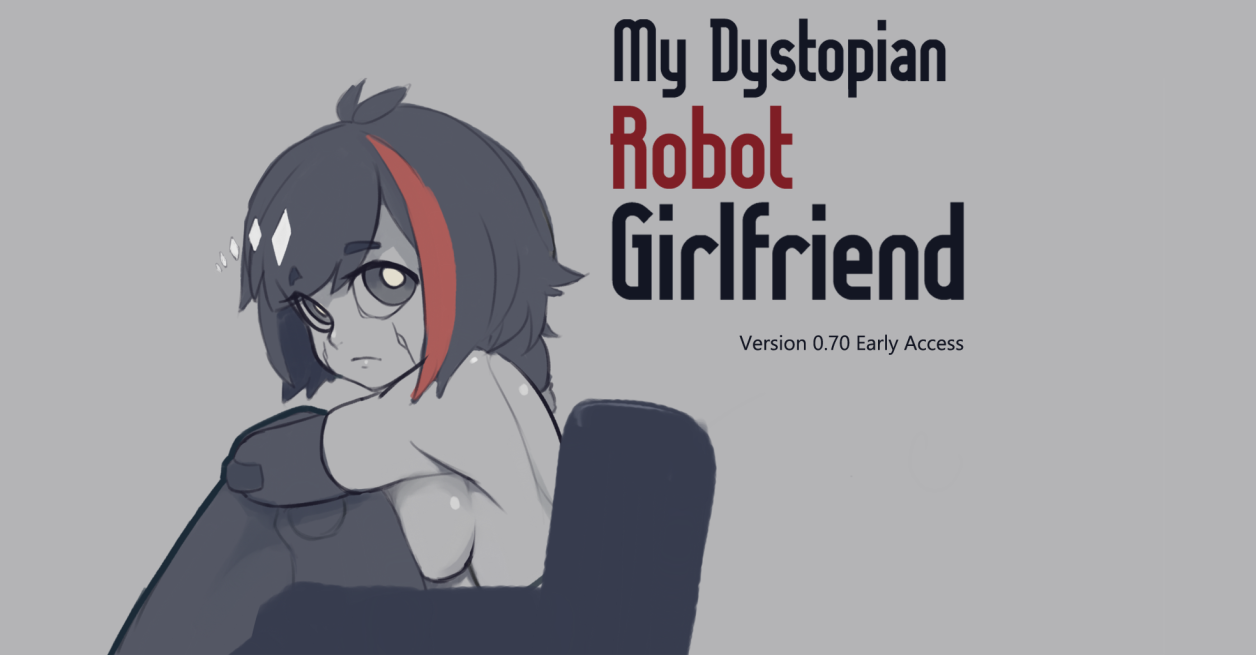 Big announcement for the My Dystopian Robot Girlfriend fans. Update 0.69 will release on the 24th of August. If you can't wait that long it's already available for our patrons with "Early access to game releases" on Patreon and Subscribestar.

As I said in the previous devlog we have a new artist if you'd like to see more if his art feel free the check out his twitter.

An important note. Because of changes to saving system and save itself saves from previous update will NOT be compatible with this one.

-More dialogues with the bot.

-You can now also select what you want to talk about instead of getting a random one.

-You can now kiss the bot. Everywhere. (yes even there)

-You can now throw away items and throwing illegal items might cause “fun”.

-Also a small storyline related to this.

-Streaming has been buffed.

-Tooltips appear once you hover over status bar elements.

-You can now equip hair using the “equip” button.

-Equipped items now have an effect on the viewership.

-Common items now stack and you can buy them in bulk.

-More items you can buy in the pharmacy.

-Some info for the completionists in the main menu.

-Increased number of save slots to 36.

-Bot will now greet you when you start interacting

-Fixed a bug that caused you to metabolise food faster if your balls are bigger.

-Fixed a bug that caused you to be able to fuck with a flacid cock, which made it look like you had an invisible ghost cock.

-Many other bug fixes I forgot

How do you properly throw away parts? It says I need a name first.

Glad you enjoyed it! We put a lot of work into it after all.

Yay! Finally we have fucking sound! (Pun intended) but I just wanted to ask if it includes voice over/moaning sounds? I've asked this before but I just wanna know. Also, I'm guessing parts are still crazy expensive so I'm guessing Android gameplay is gonna be grindy right?

So far no moaning. Finding good quality and nicely fitting sounds like that isn't easy.

I guess it depends. When I played the game to play test it I managed to get most of the parts in <10 days. Streaming got a buff, so that helps a lot.

Alright 😊 Thanks Cell, I look forward to seeing what's new

Is the robot have clothes now?

That's planned for the next update. Not in this one. 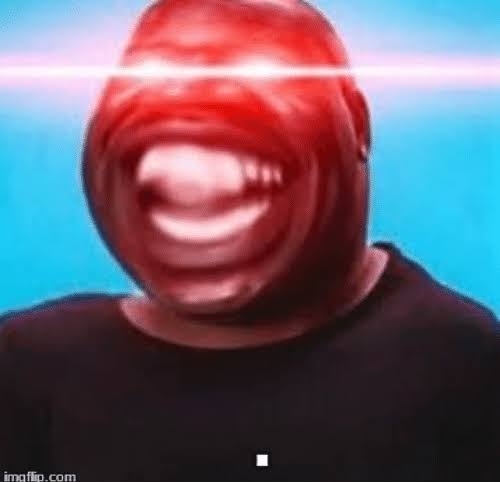 how to go to church in Android?

Go outside and then choose church. Although if you missed one of the events you might not have this option.

what event? the one where you choose to pay for the others rent?

The one on the 4th day if you delay it to the 5th day which you can do if you sleep during it for example there will no longer be a news about the new pope and mc will not comment on that.

Ok yea,I think I might have coincidentally skip that

One question, will we have to start a new save when we start playing the new version of the game or do we still keep the old save?

Sadly, as I said in the changelog.

"An important note. Because of changes to saving system and save itself saves from previous update will NOT be compatible with this one."

From this point on I will do my best to keep it compatible though.

Ok thanks, I usually brush over lines when I am reading, and I totally would not mind replaying the game from the very start.

Thank you and can't wait for the release of the new update!

does the cheat still work?

Alright thank you wonderful game i will wait for this update

does the church have any sex scenes or is it all just side story?

Everyone wants to fuck the nun :0

One of the endings does have a special image, but no fucking yet.

wow! thats a lot of changes. looking forward for the update.

Yeah. We've changed a lot. Hope you enjoy it when it's out.

A day ago I discovered the game and I loved it without So much Why is it to take a robot if not because it is very nice, well done and fun, a small request the "mission of the church" is very short; W; but fun

I'm not sure what do you mean, but glad you enjoyed the game. Church storyline has many routes, so you can try getting all of them. Visiting church at different times of the day is the way to get different events.

Having a lot of fun with the game. I had discovered it 2 days ago and I am already invested!

Can not wait for this next update and will be looking forward to many more!

Thanks! Glad you enjoyed the game.

Thanks! Hope you enjoy the newest update too.